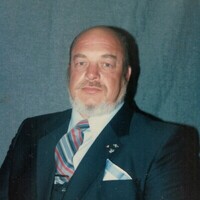 William August Guy, 79, passed away on June 8, 2021. Bill was born on June 27, 1941 in Chicago, IL to Donald and Hildagard (Rosentreter) Guy. As a child, he enjoyed spending his summers in Canada. Bill was a commercial bus driver that did tours. He was a member of the Millington Methodist Church, was a 3rd degree Mason, and a Shriner.

Bill is survived by his wife, Dolores (Dee); 1 son, Mathew (Denise) Murphy of Lily Lake, Illinois; 2 grandchildren, Jonathan and David; As well as many cousins.

He is preceded in death by his parents.

A burial will take place at a later date. Funeral arrangements were entrusted to Beverage Family Funeral Home. Online condolences may be made at www.beveragefamilyfh.com

To order memorial trees or send flowers to the family in memory of William August Guy, please visit our flower store.