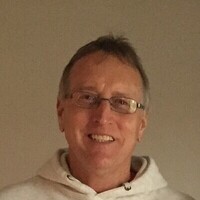 Bill will be remembered for his selflessness, reliability, dry sense of humor, and his honesty. He cared more about others than he cared about himself. His favorite pastime was spending time with family. Per the grandkids, he’s the best pancake maker ever.

He retired from DelMonte Foods December 2018 after 43 years of dedicated service. When not working he enjoyed coaching his children's sports, biking, doing projects around his house, playing games, and watching Cubs games (Go Cubs!).

Visitation will be held at Beverage-Lyon Family Funeral Home, 704 N 6th St., Rochelle on February 22, 2021 at 10:00 with services to follow at 11:00. Due to COVID-19, a mask will be required (masks and hand sanitizer will be available). Funeral arrangements were entrusted to Beverage-Lyons Family Funeral Homes. www.beveragelyonsfamilyfh.com

A donation can be made in memory of Bill Furman to Serenity Hospice and Home in Oregon, IL.

To order memorial trees or send flowers to the family in memory of William Harold Furman, please visit our flower store.