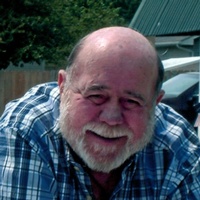 William A. Eberle, 72, of Sandwich passed away at his home on April 18, 2018. He was born on October 23, 1945 in Burlington  Iowa to William and Margaret (Keller) Eberle. He was in the Navy serving in Vietnam. He graduated from Sandwich High School, retired from Westell, was a member of the Sandwich Moose Lodge and Mendota Elks Lodge. He is survived by his wife Connie, his children; Kelli Eberle and Tony (Heather) Eberle both of Sandwich, his brothers; Tom, Mark and Mike (Lisa) Eberle, and his grandchildren; Erika Eberle, Hanna Ketterman, and Abbigail Farley. He was preceded in death by his parents. Visitation will be on April 22, 2018 at the Beverage Family Funeral Home from 1:00-4:00 p.m. According to his wishes there will be no Funeral service.  Memorials may be directed to MOOSEHEART, Mooseheart, IL 60539
To order memorial trees or send flowers to the family in memory of William A. Eberle, please visit our flower store.