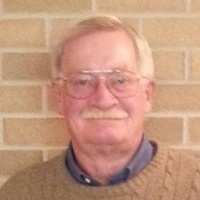 He was a graduate of Sandwich High School, graduating in 1967. Married his sweetheart Debra  on November 10, 1973 in Marseilles, IL. spending 45 years together. He worked at Allsteel for 27 years and Walmart for 23 years, retiring from Walmart. He was a member of the Sandwich VFW and the American Legion. He served in the US Army, from March 1969-1971 and in the Vietnam War. He was a Sandwich Fair board member since 1989.  He enjoyed cooking; some say he was an amazing chef, he also enjoyed wood working, camping, fishing, and spending time with his family and friends.

He was preceded in death by his parents, his sister, Nora Lee and brother, Robert A. Haag.

To order memorial trees or send flowers to the family in memory of William (Bill) David Haag, please visit our flower store.