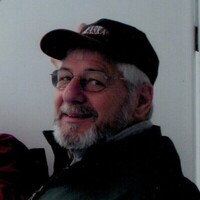 It is with a heavy heart that we share the passing of Bill Francis on March 30, 2022 at Willow Crest Nursing Pavilion in Sandwich, IL of complications from Parkinson’s disease and diabetes. Bill was born on December 22, 1942 at Woodward Hospital in Sandwich, IL, which is now Willow Crest where he peacefully passed away surrounded by his loving family at his bedside.

Bill graduated Sandwich High School in 1961 and would go on and serve in United States Army from 1961 to 1964. He would later work for the USPS for 44 years and retire from the Millington Post Office as Postmaster. He was the former commander of the VFW for 4 years and the American Legion for 12 years. He was an active member of Jaycees, The Lions Club, The Sandwich Park District and the Moose. He was involved in multiple activities such as coaching Boys Baseball, Girls Softball and the Men’s Fast Pitch Softball. He would also be involved in the Color Guard and would lead the local holiday parade. He also organized class and family reunions.

Bill was an avid sports enthusiast and collected sports memorabilia and baseball cards. At an early age, his first purchase was a baseball card with his own money and he went on to make a business out of it. He was an outspoken sports fan amongst his AM McDonalds coffee clutch crew and was a fan of the White Sox, Los Angeles Dodgers, Notre Dame and Green Bay Packers. GO PACK GO!

Bill is survived by his wife and best friend of 54 years, Marty; Son, Jay (Kathy and her daughters Katrina and Krista), grandchildren, Jake and Jordan and their mother, Michelle; Daughter, Jackie (Tom) and grand dogs Maddie and Finn; and many cousins, nieces, nephews, in-laws, dear friends and fellow Packer fans.

He is preceded in death and welcomed to Heaven with open arms by his father (David) and mother (Dorothy), brothers (Ron and Jim), beloved four legged furry companions (Lady, Sushi and Fudge) and many cousins, nieces, nephews and friends.

As sad as we all are, we're sure Bill would agree on one thing; don't waste your time grieving, just do an act of kindness for someone in memory of him.

The family would like to graciously thank the staff at Willow Crest, Unity Hospice and team of doctors for their wonderful and compassionate care.

Memorials may be made in the memory of Bill to Fox Valley Older Adults, Sandwich VFW 1486 or the Open Door.

Celebration of life will be held on Saturday, July 9, 2022 from 11:00 A.M. - 4:00 P.M. with Military Honors to take place at 12:00 P.M. at the VFW Post 1486, 713 S. Main St. Sandwich, IL. Prior to the celebration of life there will be a private family memorial service. Cremation services were handled by Beverage Family Funeral Home. Online condolences may be made at www.beveragefamilyfh.com

To order memorial trees or send flowers to the family in memory of William (Bill) D. Francis, please visit our flower store.