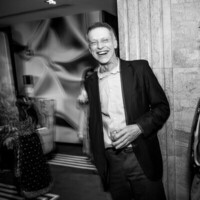 Wayne M. Ash, 68, of Sandwich, IL passed away on June 8, 2021. Wayne was born on February 24, 1953 in Highland Park, Michigan to Wilmer and Jean (Denison) Ash. Wayne graduated from Sandwich High School in 1971. He also graduated from SIU. He owned Fairway Inn for a number of years. He worked construction until retirement. He was a great friend and family man. He enjoyed his grandchildren, the outdoors and spending time by the river. He loved the city of Chicago and traveling, as well as enjoyed good food and life. He also loved his Hawaiian shirts.

He is preceded in death by his parents and a brother-in-law, Doug Mall.

In lieu of flowers, memorial donations may be made to local charities.

Memorial visitation will be held on Friday, June 11, 2021 from 4:00 – 7:00 P.M. at Beverage Family Funeral Home, 104 Terry Street Sandwich, IL 60548. A toast to Wayne’s life will be held at 6:30 P.M. The Ash family requests that everyone wear a Hawaiian shirt for the Memorial visitation. Funeral arrangements were entrusted to Beverage Family Funeral Home. Online condolences may be made at www.beveragefamilyfh.com

To order memorial trees or send flowers to the family in memory of Wayne M. Ash, please visit our flower store.