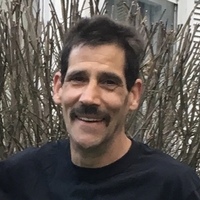 On August 30th of 2020, after a brief battle with cancer, Timothy J. Zika, 54, of Leland, IL was called to be reunited with his family. Tim has always been known as a loving, kind, wonderful man and would help anyone that he could and never ask for anything in exchange. He is the proud father of 2 beautiful girls and was looking forward to watching his grandson grow up. Tim mostly enjoyed being outdoors water skiing with family and friends or just walking along the river admiring what nature had to offer.

Tim was survived by his wife, Sherry (Smith) of 30 years; His daughters, Tori (Michael) Shaffer and Alyssa Zika (James Vahl); His grandson, Lonny Vahl; Niece, Anna Davis; And many family and friends .

He is preceded in death by his parents, Nancy Zika and James Zika; His sister, Beth Davis; And His brother, Daniel Zika.

A celebration of life will be held at a later time.

To order memorial trees or send flowers to the family in memory of Timothy Joseph Zika, please visit our flower store.