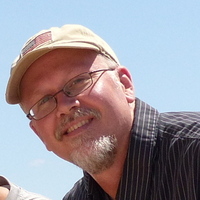 Timothy R. Weeks, 55, of Sandwich, IL passed away Friday, September 18,
2020, at home surrounded by his family, after bravely fighting a two
year battle with cancer.  He was born August 14, 1965 in DeKalb, IL, the
son of Raymond Weeks and Deborah (Ogilvie) Weeks.  He married Katie
(Gibson) on June 22, 1996, and they spent the next 24 years together,
raising and thoroughly enjoying their two sons.

Tim was an integral member of the legendary DeKalb Wrestling Team while
attending high school there from 1979-1983.  Tim made his 25 year career
in teaching and coaching wrestling.  He taught at Sycamore Middle
School, Burlington Central Middle School, and Somonauk Middle School.
Many students enjoyed Tim's U.S. History classes and were equally
educated on the music of the time period and events he brought to life.
Tim gave up coaching to help in the raising of his own "team" at home.
You couldn't meet a prouder father of his two sons, Seth and Ethan Weeks.

Tim enjoyed listening to music, movie nights with his family, mastering
all things technology, forever polishing his classroom website and
lessons to spark a love for U.S. History, perfecting the best pizza that
he made from scratch, fishing, or just being out on the water with his
wife and boys.

The family, at Tim's request, will not be having a visitation or
memorial service. It is our hope that when large groups are safe again,
we will have a celebration of life gathering.  Memorials in loving honor
of Tim may be directed to Beverage Family Funeral Home in Sandwich, IL

To order memorial trees or send flowers to the family in memory of Timothy R. Weeks, please visit our flower store.