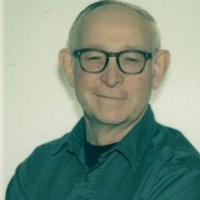 He grew up on his Family Farm, when his father came from Lithuania and moved to Chicago, IL, and started the family farm which they still own. He worked at Caterpillar for 40 years.

He is survived by his daughter Holly, his sister Joan Weakly of Fort Worth TX., and his grandson Samuel Walter.

He was preceded in death by his parents, his wife Linda who passed in 2016, his son Thad and a brother Al Walter.

Memorial service will be held on August 11, 2018 at 5:00 p.m. at the Beverage Family Funeral Home. Visitation will be from 2:00 p.m. till the time of service. Interment will be private

To order memorial trees or send flowers to the family in memory of Theodore Walter, please visit our flower store.