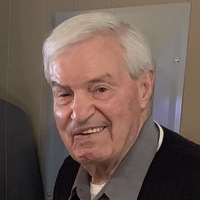 Theodore Roswell Swanson, age 81, formerly of Bristol, Illinois and Bonita Springs, Florida, peacefully passed away on Tuesday, January 12, 2021, surrounded by his daughters.  Ted was born in Chicago, Illinois on February, 27, 1939, grew up in Skokie and attended Niles Township High School, where he developed life long friendships with “The Boys.”  Ted’s contagious personality and gift of conversation led to his success as a salesman for U.S. Divers Company, selling scuba diving equipment for many years.  Ted traveled 11 states and 2 provinces in Canada selling to many local diving shops, taking his girls on business trips, and teaching diving classes in their pool.  He then owned his own label company in Sugar Grove, Illinois with fellow salesman he met along the way.  Ted was married to Mary Swanson and raised his family in Bristol, Illinois where he was involved in local politics and the neighborhood civic association, often referred to as the “Mayor” of Willbrook Subdivision.  It was not unusual for Ted to call impromptu Oberweis or Poppin Fresh Pie runs with neighbors, and he could be found at the kitchen counter of many friends over coffee, or playing practical jokes on neighbors.

Ted was an avid golfer and moved in 2000 to Bonita Springs, Florida close to several of his high school buddies to retire and golf.  Ted became one of the members on the Master Board of Worthington Country Club and the unofficial “Earl” of Amberly Court.  He was in his element at Worthington and truly enjoyed Florida.

He is survived by his two daughters, Eve Phillips (Christopher) of Sandwich, Illinois, and Diane Robben (Keith), of Weldon  Spring, Missouri, and four grandchildren whom he adored:  Jack and Alex Phillips, and Allison and Madison Robben.  The grandkids had yearly summer vacations with grandpa in Florida visiting the beach, Naples Pier and Fort Meyers.  Lots of wonderful memories were made over the years that will be treasured.

Ted will be remembered for his ability to strike up a conversation with anyone - he never met a stranger.  His friendships ran deep and he continued to keep in touch with high school friends, hosting several reunions in Bonita Springs.  He was a tremendous father to Eve and Diane, and many of his traits are evident in his grandchildren who will honor his memory.  Heaven gained a wonderful father, friend and person and there will certainly be lively conversation going on!  May he forever have a full travel mug of coffee and a friend to chat with.  We love you and will miss you Papa Bear!

The family is honoring Ted’s wishes for a private ceremony where they will spread his ashes in Florida.

To order memorial trees or send flowers to the family in memory of Theodore Roswell Swanson, please visit our flower store.