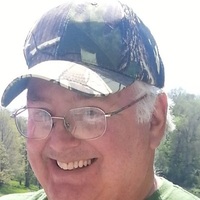 He was born on January 14th, 1949 in Sheridan, IL. He was the son of Omer and Mona (Philippe) Shields, both of whom preceded him in death. He was also preceded in death by his sister Patrica Tomkowiak: his brothers Omer Lee Shields, Tony Shields and Oscar Shields; and by his adopted son Jerry Shields.

He is survived by his daughter and son in law Stephanie and Tyler Eberly of Sandwich, IL: his two granddaughters Hadlee and Ashton Eberly; his siblings Marciann Bolden of Ottawa, IL, Beverly (John) Casey of Millington, IL and Doug (Becky) Shields of New Concord, KY.

Steve set his roots in Sheridan, raising his family and eventually settling into the coffee gossip at the local diners.

Steve retired from Wayne Circuits and then took up a new career in ‘junking’. In between picking up stray washers and air conditioners on the side of the road, he enjoyed fishing with his friends and family. He looked forward to family fishing tournaments where he played poker and caught up with the ones he loved most. Whether Steve was fishing or junking, he was always looking for the next big catch.

When it came to junking Steve was truly the ‘Junk King’, there was Steve and then there was everyone who was just trying to keep up. Steve had many junking partners throughout the years that would attest to his love for scrap metal. He worked longer hours than most and did ‘til his last day.

He was truly one of the good ones and will be missed by all that knew him.

A celebration of life will take place with family and friends at a later date.

To order memorial trees or send flowers to the family in memory of Steven B. Shields, please visit our flower store.