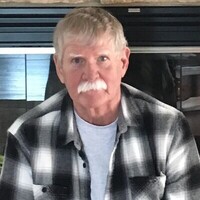 Stephen Ayers, a resident of Sheridan, passed away on October 1, 2022.  Steve was the beloved husband of Nina and the loving father of Angela (David), two grandsons, Austin and Everett Ford, three step-grandchildren, Emma, Christopher and Grace Smith, two brothers, Dan and Richard (Cathy) Ayers, brother-in-law, Ronnie (Jackie) Decker and sister-in-law, Phyllis Decker and many nieces and nephews.  He was preceded in death by his parents, Dr. Leroy and Barbara Ayers, and his in-laws, Alva and Hallie Decker, his brother-in laws, Wayne (Marilyn) Decker and David (Barb) Meredith.

Steve was a proud Army veteran who loved his country but was also humble and didn’t like to draw attention to himself in this regard. Steve loved spending time with his family and friends. He spent much of his time cheering on his grandsons at many basketball and baseball games over the years. These events brought so much joy to his days he always looked forward to seeing them do something they really loved. His friends in his subdivision were more like an extended family to him. He enjoyed riding the gator around the neighborhood to see everyone and spending time talking with them in their driveways. He looked forward to his once a week “lunch dates” with his old work buddies from AT&T at various nearby locations.

In retirement, Steve and Nina enjoyed attending car shows and showing off his 1933 Plymouth hotrod. He received many awards over the years which he proudly displayed in his garage. They were never far from each other over their 48 years of marriage. Steve will be remembered as a wonderful husband, father and the best grandpa ever, a loyal friend and a good neighbor.

Anybody that knew Steve knows that he was most comfortable in a pair of blue jeans and a gray Carhart pocket t-shirt. In accordance with Steve’s wishes, casual attire, meaning your favorite t-shirt and jeans, are most appropriate to wear to his memorial service.  He wouldn’t want it any other way.

A memorial visitation will be held on Tuesday, October 11, 2022 from 4:00 – 7:00 P.M. at Beverage Family Funeral Home, 104 Terry St., Sandwich, IL 60548. A memorial service will take place next day, Wednesday, October 12, 2022 at 10:00 A.M. at the funeral home. Graveside services will follow out to Elerding Cemetery in Sheridan, IL. In lieu of flowers, memorial donations may be made to the donor’s choice of Salute, Inc. or to the American Heart Association.

To order memorial trees or send flowers to the family in memory of Stephen D. Ayers, please visit our flower store.