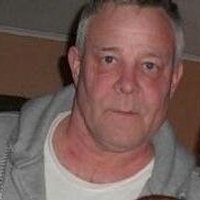 Scott Paul Prebe, 63 of Sandwich, IL passed away suddenly at his home on March 7, 2018. He was born on January 25, 1955 in Berwyn IL. to Edward and Melanie (Nefelt) Prebe. He married Lynn Morgan on August 8, 1995 in Joliet, IL. and was happily married for the next 22years. He was in the United States Marine Corp. was a member of the VFW, loved fishing and was a die-hard Bears fan. He is survived by his wife Lynn, his children Eric (Barbara) Prebe of Joliet, IL. Noelle Prebe of Minooka, IL. Alexander Tovar of Minooka, IL., his grandchildren Serina, Rylan, Giovanni, Victoria, and Vivian, his brothers Tim and Chris Prebe and several nieces and nephews. He was preceded in death by his parents and his son Cody Prebe. Visitation will be held on March 12, 2018 at the Beverage Family Funeral Home from 4:00- 7:00p.m. with Funeral service at 7:00 p.m. Committal service will be held at Abraham Lincoln Cemetery in Elwood, IL.
To order memorial trees or send flowers to the family in memory of Scott Paul Prebe, please visit our flower store.