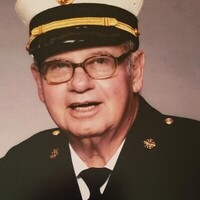 Rodney graduated from Serena High 1962 and then entered the Air Force from 1962-1966 working in Fire Service in Alaska. Rodney grew up following his dads’ footsteps as a Serena Fire Fighter, beginning his career in 1966. Throughout the years he raised though raNKS and finally becoming Fire Chief.  49 years total with the department and 15 of those finishing his career as Chief retiring in 2015.

During that time he had married Judith Peterson on January 20,1990 in Serena.

He was a member of the United Methodist Church of Serena, one of the originating members of the 911 board for LaSalle County, Past President for MABAS 25 Division and past township trustee for Serena township.

He is preceded in death by his parents and his brother Don.

Online condolences may be made at www.beveragefamilyfh.com

Beverage Family Funeral Homes were entrusted with the funeral services.

To order memorial trees or send flowers to the family in memory of Rodney Bruce Reese, please visit our flower store.