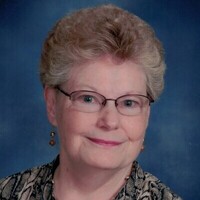 Jean was born on June 30, 1936 in Racine, Wisconsin to Robert J. and Mary (Dodson) Raymond of Big Rock, IL. Jean, along with her two sisters (Pansy and Shirley) and two brothers (Robert D. and Stephen) attended Big Rock schools. As a teenager, she enjoyed working at her father’s factory, Big Rock Finishing Works, where she developed her strong work ethic.

Jean retired from C.T.S. Knights, in Sandwich, IL after 34 years of dedicated service.

Some of Jean’s favorite pastimes included playing bingo, watching game shows, and spending time with her family and friends. She loved decorating her home for the holidays.

Jean was preceded in death by her parents, both sisters, and brother Stephen.

In lieu of flowers, donations can be made to the United Methodist Church of Plano.

To order memorial trees or send flowers to the family in memory of Roberta Jean Moutray, please visit our flower store.