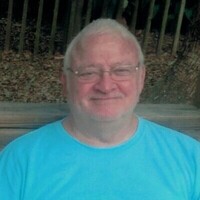 Robert Edward Felix, Jr. (73) of Ashton, Illinois, went to be with our Lord on January 27, 2022.  Bob, as he was known, was born on September 9, 1948, in Memphis, Tennessee, to Robert Edward Felix, Sr., and Francis (Ashbrook) Felix.  After graduation from high school, Bob spent six years as an airplane mechanic for the United States Marine Corps.  Upon leaving the Marines, Bob returned to Memphis to work for Schlitz Brewery before relocating to Rochelle, Illinois, where he worked for Del Monte Corporation.  Later, he worked for and retired from the Nestle Company in Franklin Park, Illinois.  He spent several years doing custodial work for AFC Schools after his retirement from Nestle.

Bob was quick-witted and had an excellent sense of humor.  He thoroughly enjoyed teasing those he loved, but he picked on himself as well.  Considering himself a Southern man through and through, Bob gave himself the nickname “Hillbilly” due to his Southern drawl that he never lost and his deep Southern roots.  He also liked the moniker “Lightning” bestowed on him by a coworker, even though Bob claimed he really had only two speeds:  slow and stop.  Bob liked telling stories and playing practical jokes on unsuspecting “victims.”  He often laughed the hardest at his own jokes; his eyes twinkled; his laugh echoed, and his entire body shook with delight at how funny he found himself.  An avid outdoorsman, Bob enjoyed target shooting and hunting, often accompanied by friends and/or family.  He spent a great deal of his spare time with his four-legged hunting companions; Bob s dogs were always a big part of his life, and he considered them to be part of his family.  Bob’s most cherished activity was talking to and bragging about his grandson Chase Brown or, as he called him, “Chase Brown the Rodeo Clown.”  They made many precious memories together.

Bob was predeceased by his parents Robert, Sr., and Francis.  He is survived by his wife of 39 years Loretta (Harvey) Felix; his children Wayne Felix of Sandford, Florida, Samantha (David) Brown of Rochelle, Illinois, and Teresa Shaw of Hillcrest; his grandchildren Nicole and Megan Felix of Sandford, Florida, and Chase Brown of Rochelle, Illinois, as well as his most faithful companion Lit’l Bit.  Bob is also survived by his brother Jesse Felix of Ripley, Tennessee, and his sisters Ruth Hale of Madison, Wisconsin, and Mary of Mississippi.

The family would like to give a special thank you to the Ashton Rescue Squad and to the RN’s and CNA’s of the KSB Endoscopy Department.

Visitation will be held on Monday, January 31, 2022 from 4:00 – 8:00 P.M. at Beverage-Lyons Family Funeral Home, 601 Richardson Avenue, Ashton, IL 61006. Graveside services will be held on Thursday, February 3, 2022 at 2:00 P.M. at Ashton Cemetery in Ashton, IL. Funeral arrangements were entrusted to Beverage-Lyons Family Funeral Home. Online condolences may be made at www.beveragelyonsfamilyfh.com

To order memorial trees or send flowers to the family in memory of Robert E. Felix, Jr., please visit our flower store.