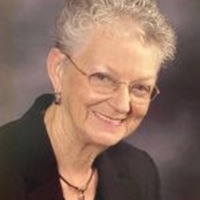 Dodge, Rita 84, of Sandwich, IL, passed away on Feb. 10, 2021 surrounded by her family. She was born on Nov. 18, 1936 to the late George and Alice (nee Holden) Stowe, in Vancouver, British Columbia, Canada. As a teenager, Rita helped her father on his commercial fishing boat. One of her favorite stories involves an adventurous summer when she unknowingly swam in shark infested waters. Rita served in the Royal Canadian Air Force where she met her future husband and together they raised six children. As the children got older, Rita enrolled in college and ultimately earned her Bachelor of Science in Nursing. Her career focus was in geriatric health and served more than 30 years in various roles at many nursing homes, as well as a stint at Valley West Community Hospital.

Rita was a voracious reader (passing that trait onto all of her kids), and an avid fisherwoman (casting a line whenever the opportunity presented itself). She was a very social gal and loved to bowl, was active in the Moose Lodge, and generally enjoyed gathering with friends to watch sports (hockey and baseball being among her favorites). In the last two decades she was also involved with the Silver Springs Chapter of Illinois (Antique Automobile Club of America).

Due to the pandemic, Rita’s family will be holding a celebration of her life at a later date.

To order memorial trees or send flowers to the family in memory of Rita Dodge, please visit our flower store.