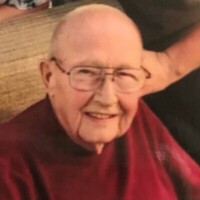 Richard John Hallstrom, 89, of Plano, IL passed away on May 17, 2020. Richard was born on November 21, 1930 in Chicago, IL to George and Bessie (Fritsch) Hallstrom. He served in the Army as a medic during the Korean War where he was awarded several medals. He worked at Caterpillar for many years and also owned a trucking business.

He is preceded in death by his parents; His wife of 66 years, Elizabeth Hallstrom; and two brothers, Thomas Hallstrom and George, JR. in infancy.

Thank you to the staff at Northwestern Valley West Hospital.

Memorials and donations may be made out to Our Savior’s Lutheran Church, 2465 W. Sandwich Rd. Sandwich, IL 60548.

Private Services will be held on Thursday, May 21, 2020 with interment out to Oak Ridge Cemetery in Sandwich, IL. Funeral services were entrusted to Beverage Family Funeral Homes. www.beveragefamilyfh.com

To order memorial trees or send flowers to the family in memory of Richard John Hallstrom, please visit our flower store.