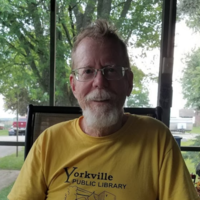 Rich was born on October 21st, 1946 in Pittsburgh, PA to his parents William and Elizabeth (Overton) Bryan. Along with his sister, Anne (Dickerson), the family moved to Peoria, IL where he would meet and marry the love of his life, Mimi (Zeman) Bryan, who preceded him in death in 2012. Rich and Mimi married in 1970 and would start their family in Sandwich, IL with Allison Bryan in 1978 and Carl Bryan in 1983. And as Rich would tell you, that was all that mattered.

But there was so much more. Rich was a soldier. A student. An actor. A teacher. A dreamer. A photographer. A goofball. A traveler. A storyteller. A helpless romantic. A runner. A leader. A loving and devoted husband. And an inspiring and admirable father.

Rich lived the idea of good for the sake of good. The countless family game nights, bike rides, baseball games, graduations, advice, and support alongside a lifetime of friends and family on stage is the time that Rich wanted to share with us all.

Rich is survived and celebrated by his sister's family Anne and Lon Dickerson, his sister-in-law's family Carol and Scott Woodley, his children's families: daughter Allison, John, Jack, and Rose, and his son Carl, Susan, Maddy, and Sam.

A celebration of Rich's life will be held at a later date. Someone tell Mimi to remind him about it. In lieu of flowers, memorial contributions can be made to the Mimi Bryan Memorial IVT Scholarship or to Indian Valley Theatre.

To order memorial trees or send flowers to the family in memory of Richard W. Bryan, please visit our flower store.