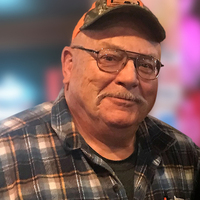 On Friday, November 27, 2020, Ralph Gleissner, a treasured husband, proud father of five boys and beloved grandpa of 10 grandchildren, passed away at the age of 74.

Ralph was born on December 8, 1945 in Albany, Oregon to Ralph and Donna (Harley) Gleissner.  He attended Rochelle High School where he played on their undefeated championship football team, earning the nickname “Rhino”.   He attended Northeast Missouri State University where he obtained his Master’s in Education and played football.  He went on to continue his football career with the Delevan Red Devils and the Rockford Rams.  On January 12, 1974, Ralph married Lucinda Crownhart.  Together they raised five boys, Michael (Stephanie) Gleissner, Joseph (Holly) Gleissner, Thomas (Sydni) Gleissner, James (Laura) Gleissner and David (Laura) Gleissner.

Out of Ralph’s many passions, he got the most joy from mentoring others.  He coached AFC youth sports including Jr. Tackle Football and baseball for many years, was an EMT on the Ashton Fire Department and was an avid Scout leader.  Through-out his career Ralph worked in industrial management before returning to his true passion, education, as the Dean of Students at Chana Education Center.  Ralph enjoyed the years of athletic involvement with his boys from coaching on the side-lines to announcing and running clock from the Eagle’s Nest and wrestling meets.  He also had a keen interest in history and loved to teach others about events that shaped our world today.  While Ralph completed many projects with his children, perhaps his proudest was building their forever home along-side his five boys.

Ralph is preceded in death by his father - Ralph, his mother - Donna, his brothers – Steve, Rick and Joe.  He is survived by his wife – Cindy, his five boys – Mike (Stephanie), Joe (Holly), Tom (Sydni), Jim (Laura) and Dave (Laura), his brothers – John (Nancy), Jim and Ron, his sister – Barb and his ten grandchildren, (Mike) - Xander, Keiragan and Asher, (Joe) – Caitlin and Ben, (Tom) – Callum and Mitchell, and (Dave) – Makenna, Alexa and Erika.

A memorial service will be held at a later date.  Should friends desire, memorial contributions may be made to the Ashton Fire Department.

To order memorial trees or send flowers to the family in memory of Ralph George Gleissner, please visit our flower store.