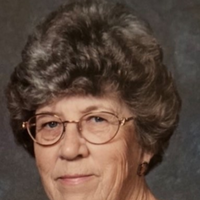 On January 1st 2022 Peggy Faught passed away peacefully in her sleep at her home. Peggy was a mother, grandmother, and great grandmother.

Peggy was born in Missouri and later moved to Illinois with her husband Lloyd where she raised four rambunctious boys and one girl. Life was never dull for her.

Peggy is preceded in death by her husband, Lloyd; And step daughter, Ruth.

She was deeply loved and will be forever held in our hearts.

To order memorial trees or send flowers to the family in memory of Peggy L. Faught, please visit our flower store.