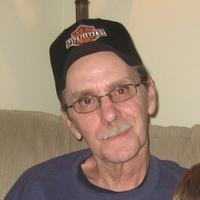 Mike was born on June 21, 1946 in Sandwich, Illinois. The son of the late Harold and Francis (Merchant) Hotopp.  Mike graduated from Plano high School in Plano, IL in 1963.  Mike then served his country as a member of the United States Air Force during the Vietnam War from 1964-1970.  He was employed by and retired from the ANR Pipeline Company after 38 years of service.  Mike was a member of the Plano American Legion Post #395 and the Sandwich Moose Lodge #1016. Mike was an avid Chicago Cubs fan, enjoyed fishing with his grandchildren and was a beloved friend, father and grandfather.

He is survived by a Sister Rita (Andy) Winze of Thomasville NC.; his children Kenny (Lindsay) Hotopp of Waterford, Wisconsin, Phoenix (Eric) Pool of Shorewood, Il and Michael (Tiffany) Hotopp of Beach Park Il, his grandchildren Josie, Weston, Jackson, Allison, and Matthew.  He was preceded in death by his parents Harold and Frances Hotopp, a grandson William Arnold Hotopp, several aunts, uncles, cousins, and a great nephew.

Celebration will held February 22nd 2020 from 2-5 p.m. At the Sheridan American Legion

Cremation rights will be accorded with a private family service to be held at a later date.

In Lieu of flowers the family has asked for all donations to go to the Plano, IL American Legion post#395

To order memorial trees or send flowers to the family in memory of Michael Lynn Hotopp, please visit our flower store.