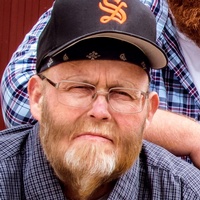 Mark A. Scoughton 62, of Sandwich passed away April 20, 2019 in Chicago, IL. He was born February 7, 1957 in Sycamore, IL to the late George and Barbara (Denby) Scoughton.  Mark graduated from Sandwich High School class of 1975, he worked for Rod Zimmerman Auto Repair as a mechanic, then he worked at Park's Brother, later Mark accepted a position at the City of Sandwich working at the water dept. He later began his own business Scoughton Electric with his wife Gina. He was involved with the Boy Scouts of America since a boy until the time of his death. Mark helped his community as a EMT-A with the City of Sandwich volunteer Ambulance Service then working with Johnson & Beverage Ambulance starting at the Harding race track in 1983 ,where he met Gina Siverly , they married soon after and continued to  live in Sandwich and started their family raising their sons Jayson and Ethan.

He is survived by his wife Regina of Sandwich. 2 Sons : Jayson of Glasgow, MT and Ethan of Sandwich. Brother Tim ( Lauri ) Scoughton

He is preceded in death by his parents, and sister Linda Jo.

Visitation will be held April 27, 2019 from 1-4 p.m. at the Yorkville Congregational Church. Funeral service will follow at 4 p.m. Funeral luncheon to following the service.

Family has asked that memorials be directed to the family for final expenses and a memorial bench in Mark’s memory.

To order memorial trees or send flowers to the family in memory of Mark Alan Scoughton, please visit our flower store.