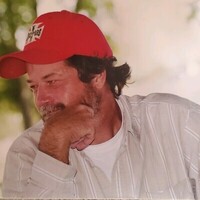 Mark Wesley Powers, 58, of Ashton, IL passed away on January 19th, 2022. Mark was born on February 6th, 1963 in Rockford, IL to Robert and Captola (Sanders) Powers. Mark worked in the concrete trade as a concrete finisher for Williams Concrete. He was a jack of all trades. He was a wonderful father, grandfather, son, brother, uncle, God father, father-in-law and friend. He was an amazing man who worked hard his whole life, and who loved his family very dearly.

He is preceded in death by his father, Bob, and his brother, Sean.

Visitation will be held on Saturday, January 29, 2022 from 2:00 – 5:00 P.M. at Beverage-Lyons Family Funeral Home, 704 N. 6th St. Rochelle, IL 61068. Funeral service to follow at 5:00 P.M. Cremation rites will be accorded. Funeral arrangements were entrusted to Beverage-Lyons Family Funeral Home. Online condolences may be made at www.beveragelyonsfamilyfh.com

To order memorial trees or send flowers to the family in memory of Mark W. Powers, please visit our flower store.