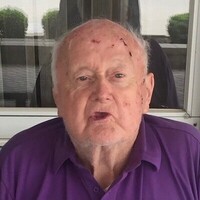 Malcolm liked tinkering in the shed and fishing. He also loved playing board games with his grandchildren and great grandchildren.

He is preceded in death by his parents; his wife, Janice; 1 son, John (Marie) Linklater; 1 sister, Bernice Curr; And 1 brother, Robert Linklater.

To order memorial trees or send flowers to the family in memory of Malcolm George Linklater, please visit our flower store.