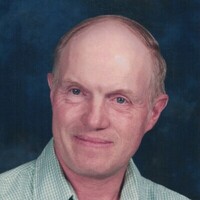 Kevin Jay Peterson, 73, of Sandwich, IL passed away on August 3, 2022. Kevin was born on January 16, 1949 in Princeton, IL to George and Beth Allene (Anderson) Peterson. Kevin moved from Princeton in 1959 to Sandwich. He graduated from Sandwich High School in 1967. He was a life member of the United Church of Sandwich. He farmed all his life and took care of his parents. He enjoyed bowling, as well as eating out. Kevin was a simple and humble man.

He is preceded in death by his parents and a brother, Nelson (Nels) Peterson.

A memorial service will be held at a later date at the United Church of Sandwich. Funeral arrangements were entrusted to Beverage Family Funeral Home. Online condolences may be made at www.beveragefamilyfh.com

To order memorial trees or send flowers to the family in memory of Kevin Jay Peterson, please visit our flower store.