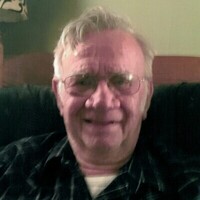 Keith G. Henderson, 84, of Sandwich, IL passed away on August 17, 2022. Keith was born on July 14, 1938 in Morris, IL to Lorin and Leona (Johnson) Henderson. Keith served 3 years in the US Army from 1956 to 1959. Keith worked at New Idea and when Henderson Engineering took over, he continued his employment there for 40 plus years. He was a member of the Sandwich Early Day Engine Club. He enjoyed restoring tractors, camping and traveling, as well as traveling to Arcola, IL.

He is preceded in death by his parents and a brother, Roger Henderson.

In lieu of flowers, donations may be made to the Open Door in Sandwich, IL.

Visitation will be held on Tuesday, August 23, 2022 from 10:00 A.M. – 12:00 P.M. at Beverage Family Funeral Home, 104 Terry St. Sandwich, IL 60548. Funeral service will take place immediately afterwards at 12:00 P.M. with graveside services to follow out to Elerding Cemetery in Sheridan, IL. Funeral arrangements were entrusted to Beverage Family Funeral Home. Online condolences may be made at www.beveragefamilyfh.com

To order memorial trees or send flowers to the family in memory of Keith G. Henderson, please visit our flower store.