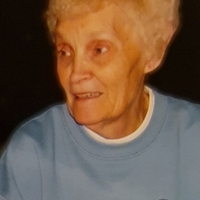 Judith Caroll (Olson) Christian, 83, of Sandwich, IL passed away on April 5, 2022 in Dekalb, IL. Judith was born in Geneva, IL on November 29, 1938 to Manley and Mildred Olson. She was later raised by Elmer and Emma Henderson, after the death of her mother. She attended school in Hinckley, IL. Judy married Ernest Christian on August 20, 1960 and they spent 38 years together until his death on April 27, 1998.

Judy worked for C.T.S. in Sandwich, IL for many years and Walmart in Plano, IL. and Apache Junction, AZ. Judy’s love was for her family, grandchildren, great grandchildren, as well as had a passion for dogs, which she loved and spoiled them all. She was also a big fan of Nascar, attending many races. She will be missed by all who knew her and loved her.

In lieu of flowers, memorials may be donated to Tails Humane Society in Dekalb, IL.

Visitation will be held on Wednesday, April 13, 2022 from 2:00 – 4:00 P.M. at Beverage Family Funeral Home, 104 Terry Street Sandwich, IL 60548. Funeral service will follow at 4:00 P.M. with pastor Tom Bourke officiating. Cremation rites will be accorded. Funeral arrangements were entrusted to Beverage Family Funeral Home. Online condolences may be made at www.beveragefamilyfh.com

To order memorial trees or send flowers to the family in memory of Judith C. Christian, please visit our flower store.