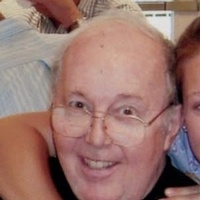 Joseph (Joe) Earl Beardsley 80, of Shabbona formerly of Sandwich, IL passed away March 12, 2019 at Prairie Crossing Living and Rehab, Shabbona, IL. He was born on February 19, 1938 in Sandwich, IL to the late Victor and Sara Beardsley.

He served his country with the US Army and later married Helen Gavic, she precedes him.

He graduated from Sandwich High School Class of 1956, worked and retired from Allsteel in Montgomery, owned and raised over 100 head of cattle in the Yellow Stone National Park area.

He was a Civil War buff, a Green Bay Packer and Celtic Fan. He enjoyed his fish tanks fill with beautiful and colorful fish, he also enjoyed his traveling and especially out west.

He is preceded in death by his parents, his wife Helen and son Patrick both passed in 2007.

Visitation will be from 10 a.m. – 12 p.m. on Monday, March 18, 2019 with a Funeral Service at 12:00 noon at the Beverage Family Funeral Home at 104 Terry Street, Sandwich, IL. with Fr. Kevin Butler officiating. Interment to follow to Oak Ridge Cemetery Sandwich, IL. www.beveragefamilyfh.com

To order memorial trees or send flowers to the family in memory of Joseph (Joe) Earl Beardsley, please visit our flower store.