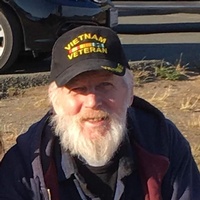 He served in the United States Army in Vietnam. He received a bachelor’s degree in Chemistry from Northern Illinois University and had a construction company.

Visitation will be held on Sunday September 16, 2018 from 1:00-4:00 p.m. at Beverage Lyons Family Funeral Home located at 704 N 6th Street Rochelle, Illinois and one hour prior to Mass at S. Patrick's.

Funeral services will be held on Monday September 17, 2018 at 10:30 a.m. at St. Patrick’s Catholic Church with Monsignor Gerald Kobbeman officiating. Burial will follow at Washington Grove Cemetery in Ashton, IL.

To order memorial trees or send flowers to the family in memory of Joseph Donald Bartoli, please visit our flower store.