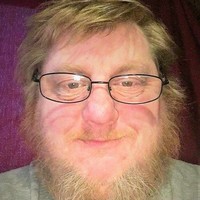 Johnny M. White, 48, of Rochelle, IL passed away January 23, 2020. John was born on June 6, 1971 in Chicago, IL. He moved to Sycamore, IL with his parents who adopted him, his aunt and uncle, Richard and Donna White. He went to Sycamore schools until he dropped out to work and help his parents. He loved fishing, hunting, camping, BBQ and having big family gatherings. He met his wife, Stephanie White, in 1998. John and Stephanie got married June 1, 2009. They were together for 20 years.

He is preceded in death by both his parents, Richard and Donna White; His grandparents; And siblings, Brother Carlos Lopez.

To order memorial trees or send flowers to the family in memory of Johnny M White, please visit our flower store.