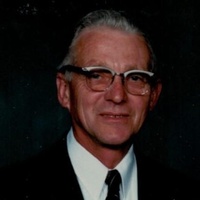 John Albert Striegel 94 of Sandwich, IL. passed away at Prairie Crossings in Shabbona, IL. on August 16, 2018. He was born in Sandwich, IL. on April 6, 1924 to Albert and Luella (Humbert) Striegel.

He was a lifetime member of St Paul’s Catholic Church. He was a lifetime member of the American Legion, served in the Army Air Force from March 1943-October 1945. He was a crew member (Flight Engineer/Gunner) of B-24 Heavy Bombers while serving with the 8th Air Force Bomber group in England. He flew 33 Missions. He worked as a carpenter and retired at the age of 83, and he loved to sing.

He was preceded in death by his parents, his 1st wife Mary, and his 2nd wife Marilyn.

Memorials may be directed to the Plano American Legion Post 395 or Northwestern Medicine Hospice Dekalb, IL

To order memorial trees or send flowers to the family in memory of John Albert Striegel, please visit our flower store.