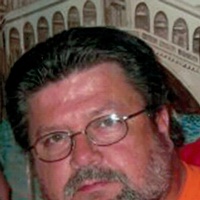 Mike was an avid Cubs and Bears fan. He cherished every moment with his family.

Mike was drafted with his brother, Larry, to the Vietnam War when he was 18 until the age of 19. After the war, he moved to Rochelle, IL., where he met Dana Smith. They married and had their daughters. One thing the daughters will never forget is their father saying how proud he was of their success.

Mike was preceded in death by his daughter, Sandra Kay and his parents, Bette and John Woodyatt.

Visitation will be Monday, December 10th, 2018 from 9:00 – 11:00 AM at Harvest Baptist Church, 241 Scott Ave. Rochelle, IL. Funeral Services will be at 11:00 AM and Military honors to follow. Luncheon will be held directly after the funeral service at the Rochelle VFW .Cremation Rites will be to be accorded following the service.

To order memorial trees or send flowers to the family in memory of John (Mike) Michael Woodyatt, please visit our flower store.