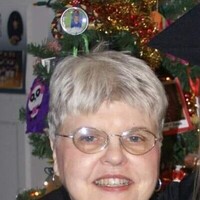 Judy died October 29th, 2021 at Tower Hill Nursing Home in South Elgin where she had been a resident for 18 months.

Judy was born July 18th, 1943 to Edward and Mary Erickson and grew up in Lockport.  She married Gene Strubler in 1966.  She was preceded in death by both parents and husband.

Judy worked for years as an LPN at Michaelson in Batavia prior to moving to Arizona in 1993 where she continued her nursing career.  While in Arizona she obtained her associates degree in Business Administration.  She returned to Illinois in 2013 to be closer to family.

Judy was a devoted follower of Jesus Christ and was an active member of Geneva Lutheran Church and United Methodist Church of Mesa, Az.

In lieu of flowers, donations can be made in Judy’s honor to Geneva Lutheran Church or Parkinson’s Foundation at https://www.parkinson.org/ways-to-give

To order memorial trees or send flowers to the family in memory of Joan Judith Strubler, please visit our flower store.