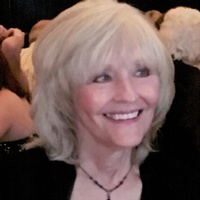 On Saturday, June 23, Joan E. Kaforski of rural Serena passed away at Mercy Hospital in Aurora.  At her bedside were her husband of 52 years, George Kaforski and their three children.  Ronda Frantz (Jon) of Yorkville, Chris Kaforski (April) of Serena, and JoAnn Heriaud (Chad) of Little Rock.

Joan was born in Shenandoah, Iowa on July 16, 1948 to Willis B. Henry and Lora Mae (Thompson) Henry.  She moved to Silvas, IL at age 5 and then moved to Lombard, IL at age 14 where she attended Glenbard East High School and met her future husband.

Joan lived for her family. She was a stay at home Mom for 20 years, and then took a job at the Plano Walmart where she worked over 20 years at the Service Desk.  Joan was devoted first to her children, and then her seven grandchildren.  Her gentle temperament, and tolerant nature served her well, both at home and work.  She was a tireless worker, and her house was always decorated with craft items she created.  She was a perfectionist when it came to her home, and both designed and worked on many elements of her new home in Serena.  She especially loved living in a rural setting on the Fox River, where she loved watching animals and birds.  Her binoculars were never far away.

In addition to her immediate family she is survived by her sister, Barbara Henry of Aurora and brother Stan Henry (Heidi) of Marseilles, IL.  She was preceded in death by her sister Judy Duffin of Mesa, AZ.

To order memorial trees or send flowers to the family in memory of Joan Elaine Kaforski, please visit our flower store.