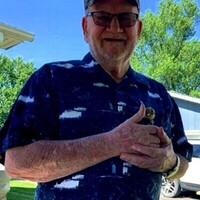 Jimmie Harold Shirley passed away August 23, 2021, surrounded by his Family. He was born on June 23, 1938, to Murphy (Geneva Yancy) Shirley in Marion County, Alabama. The Family moved to Illinois when he was in his teens. He married Annie Mae Beverley on March 3, 1956. They moved to Plano, Illinois and raised his family. He worked and retired from Austin Western/ Clark Equipment in Aurora, Illinois In 1978 he moved his family to Bear Creek, Alabama. He at worked multiple businesses in Northwest Alabama. He retired from Elixir in Tuscumbia.

To order memorial trees or send flowers to the family in memory of Jimmie Harold Shirley, please visit our flower store.