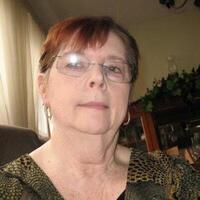 Janet R. Kramer, 78 of Rochelle, IL, passed away peacefully at her home after a long struggle with Parkinson's disease. Born and raised in Ashton, IL, the daughter of Chandler and Hazel (Morgan) Kime. She married Raymond W. Kramer in Rochelle, IL. She worked 20 plus years in the offices of Carnation and Nestle before retiring. She then worked part time as a teller at First National bank before retiring for good. She enjoyed traveling and being with her family, going to the river boat casinos, going to auctions and collecting green glass and lladros. Preceding her in death were her parents, husband Ray, son Scott Kramer, brother Jack Kime, nephew David Shoudy, sisters-in-law Diana Kime and Velma Shoudy and brother-in-law Richard Shoudy.

Go be well now mom. Love and miss you...

The family will be having a private graveside service.

To order memorial trees or send flowers to the family in memory of Janet R. Kramer, please visit our flower store.