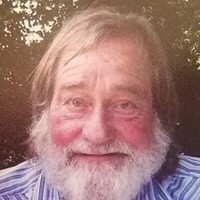 James (Jim) Robert McMaster, Jr. of Sandwich, IL passed away on March 30, 2022. Jim was born on December 17, 1948 in Sandwich, IL to James and Vivian (Mall) McMaster, Sr. Jim was almost born in the mud puddle outside Woodward Memorial Hospital, waiting to see what was next. He found his life led him to a career working alongside his father in their family business, Jim’s Trenching. From the knowledge he earned from his father he went on and worked in large construction projects. In 1981, he went to Calgary, Alberta, Canada. He helped with the construction for the 1986 Winter Olympic Stadium. He was also instrumental in the construction of the Collider Rings and Cooling Pods at the Fermi National Accelerator Laboratory. His crowning achievement was his home, resurrecting an 1898 Victorian home into an award winner.

Jim's request was that everyone please wear flannels to the service.

Memorial visitation will be held on Tuesday, April 5, 2022 from 3:00 – 6:00 P.M. at Beverage Family Funeral Home, 104 Terry St. Sandwich, IL 60548. A celebration of life and toast will take place at 6:00 P.M. at the funeral home. Funeral arrangements were entrusted to Beverage Family Funeral Home. Online condolences may be made at www.beveragefamilyfh.com

To order memorial trees or send flowers to the family in memory of James (Jim) Robert McMaster, Jr., please visit our flower store.