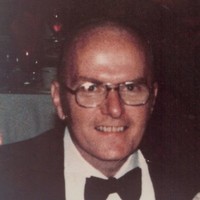 James (Jim) W. Brennan Sr. - Jim was a Korean war veteran, he excelled in the field of sales, specifically for the moving industry.  He held key positions for the major van lines throughout his long career.  He was an avid car buff, knowing the makes, models and characteristics of nearly all the brands.  He traveled extensively for his job and then by choice in his leisure time.  He will be dearly missed.

Jim is survived by his wife Arlene, of 61 years, his children James Jr., Teresa (Brennan) Elson, Cathy (Brennan) Becker and her spouse Gary, Joseph and his spouse Sandi (Russell), 12 grandchildren and 4 great grandchildren.  He was preceded in death by his parents Edward Sr. and Katherine Brennan and his beloved brother Edward Jr.

To order memorial trees or send flowers to the family in memory of James (Jim) William Brennan, please visit our flower store.