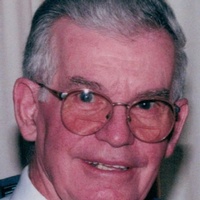 James R. Bickford, 88, of Sandwich, IL passed away at Willow Crest Nursing Pavilion in Sandwich, IL on February 8, 2019. He was born to Ralph (Shortie) and Grace (Bailey) Bickford in Evansville, IN on February 13, 1930.

He married Joyce Borden on November 18, 1950 in Boonville, IN. He served his country in the US Army, he was a member of Plano Church of Christ, and he worked with tool and die maker and retired from Caterpillar Tractor Co in Montgomery, IL after 30 years of working from 1958-1989.

To order memorial trees or send flowers to the family in memory of James Roland Bickford, please visit our flower store.