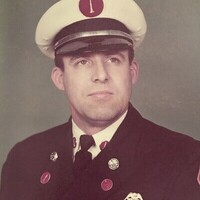 Henry Walter Davis, 83, of Sandwich, IL passed away on August 5, 2021. Henry was born on November 25, 1937 in Manila, Arkansas to Leon and Ruby (Williams) Davis. He married Elaine Vlnar in Norridge, IL on January 9, 1988. He was a member of the National Guard and was a Golden Glove Champion. He was a fire fighter for 30 years in Franklin Park and was the fire chief for 3 years in Schiller Park. He was a member of the Illinois Fire Fighters Association and the Illinois Fire Chiefs Association (IFCA). He also taught Fire Science at the University of Illinois and was a state lobbyist of the Fire Fighters Union. He owned his own electric company called Handy Electric. He was also a boy scout and boy scout leader and received The Order of the Arrow Award. He was a member of St. Paul the Apostle Catholic Church in Sandwich, IL.

He is preceded in death by his parents; And 2 sisters, Patricia and Rebecca.

In lieu of flowers, donations may be directed to Divine Hospice, Shriners Children Hospital or The American Cancer Society.

Visitation will be held on Monday August 9, 2021 from 4:00 – 7:00 P.M. at Beverage Family Funeral Home, 104 Terry Street Sandwich, IL 60548. Funeral Mass will be held next day, August 10, 2021 at 10:30 A.M. at St. Paul The Apostle Catholic Church, 340 West Arnold Street Sandwich, IL 60548. Father Bernie Sehr will be officiating. Funeral arrangements were entrusted to Beverage Family Funeral Home. Online condolences may be made at www.beveragefamilyfh.com

To order memorial trees or send flowers to the family in memory of Henry Walter Davis, please visit our flower store.