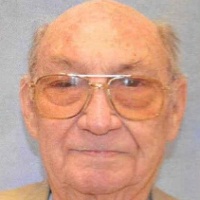 Franklin Delano Roosevelt Kurtz, 85, of Sandwich, IL passed away on June 8, 2019 in LaSalle, IL. He was born June 18, 1933 in Spring Valley, IL to Joseph and Jeanette (Hadley) Kurtz. He served in the U.S. Navy in the Korean War and was awarded the National Defense Service Medal.  He was honorably discharged February 2, 1954 with the rank of Boiler Tech III.  He was a part of the American Legion for over 64 years and was a member of the VFW.  While with the American Legion, Franklin served various roles to include Commander, County Commander and District Commander.  He also served as Commander of the Yorkville VFW two times.  Franklin volunteered many hours and drove many miles helping fellow veterans and was also a founding member of the Kendall County VAC (Veterans Assistance Commission).   Franklin worked for Caterpillar at the Aurora plant as a Machinist and retired after nearly 34 years.  Franklin was also very involved with the UAW Local 145 during his time working with Caterpillar and after, when he retired and continued to support the Union.

He is preceded in death by his parents; 2 brothers, Raymond Kurtz and Joseph Kurtz; and 3 sisters, Mary Neuman, Mildred Bobbie and Violet Bland.

To order memorial trees or send flowers to the family in memory of Franklin Delano Roosevelt Kurtz, please visit our flower store.