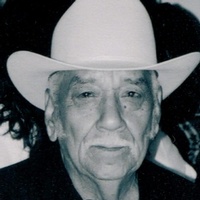 Francisco E. Carreno Jr. “Don Poncho” 90, of Plano, IL. passed away on Thursday, January 24, 2019 at Season's Hospice and Palliative Care in Naperville. He was born on January 28, 1928 in Brownsville, Texas to Francisco and Anita (Espinoza) Carreno. He married Juanita Esparza on July 6, 1947 in Brownsville, Texas and was happily married until her passing in 2005.

Frank was originally from Texas and farmed for many years in West Texas.  He moved his family to Plano, IL. in 1970 and was hired by Caterpillar. He retired from Cat and was a proud member of Local 145 UAW. He served in the United States Army Air Force in 1946 as a military policeman. He was a loyal Dallas Cowboy fan, enjoyed shooting pool, fishing, and woodworking. Love Tejan and Country music, picked his guitar, played the accordion, and loved telling stories to his grandchildren.

The Carreno family would like to thank Frank’s doctors and staff in the ER of Rush-Copley Medical Center, and the wonderful staff at Season’s Hospice and Palliative Care in Naperville for the loving care at this difficult time.

To order memorial trees or send flowers to the family in memory of Francisco E Carreno, please visit our flower store.