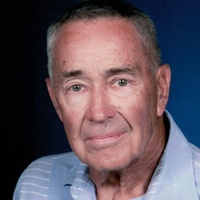 Eugene Edward Chropkowski, 83 of Sandwich, Il. passed away on April 15, 2018 at Season’s Hospice in Naperville. He was born on October 12, 1934 to Stanley and Mae (Lange) Chropkowski in Chicago, Il. He married Sharon Palm on April 11, 1959 in Bensenville, Ill and spent the next 59 years happily married. He was an auto mechanic, loved biking, an auto enthusiast, gardening and enjoyed a cold beverage. He was a member of St Paul’s Catholic Church.  He is survived by his wife Sharon, his children; Gene (Carla) Chropkowski of Rhinelander Wi, Caryn (Robert) Stuckel of Arlington Heights, IL. Jenine (Michael) Bono of Bartlett, IL. and Ted (Jennifer) Chropkowski of Algonquin, IL., 9 grandchildren and 3 great grandchildren. He was preceded in death by his parents, his sisters, Lorraine and Florence, and his brothers, Alfred and Donald,. Funeral services will be held at St. Paul’s Catholic Church on April 18, 2018 at 11:00 a.m. with Fr. Bernie Sehr officiating. Visitation will be from 9:00 a.m. until the time of service at 11:00 a.m. Arrangements were handled by Beverage Family Funeral Home. www.beveragefamilyfh.com
To order memorial trees or send flowers to the family in memory of Eugene Edward Chropkowski, please visit our flower store.