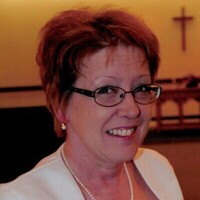 Elizabeth Ann “Betty”, “Liz” Morman (nee Harvey) was born on January 24, 1959 in Joliet, IL to parents Pat Biegun Harvey and the late Daniel “Don” Harvey. She passed away peacefully at home on January 21, 2022 with her loving husband, Dave Morman, at her side. They were married on May 4, 2013. Betty was a graduate of St. Francis Academy (JCA), class of 1977. She earned her Applied Science in Nursing Degree from Joliet Junior College in 1995. Betty was a member of the Psi Beta Honor Society. Upon her graduation, she was a cardiac ICU charge nurse at St. Margaret Mercy Hospital in Hammond, Indiana for 17 years. After leaving St. Margaret’s, she worked for Drs. Dongas and Shroff at Heartland Cardiology in New Lenox, IL and for neurologists Dr. Kazkaz and the late Dr. McCahill. She was known during her working career as “Liz”. Family and friends called her “Betty”.

Betty and Dave lived in Channahon before moving to Sandwich 1 ½ years ago. Betty was known for her infectious laugh and off-beat sense of humor. She loved her career in nursing. While working in the hospital, she often stayed after her shift in the ICU to be with her patients as they were passing and assist their families after they passed.

Betty was preceded in death by her father, Daniel (Don) Harvey (1993); Her brother, Joseph Harvey (2013); Grandparents, Frank and Evelyn Biegun, Joseph and Ann Harvey; As well as a special aunt, Janice Latz (2021).

To order memorial trees or send flowers to the family in memory of Elizabeth Ann Morman, please visit our flower store.