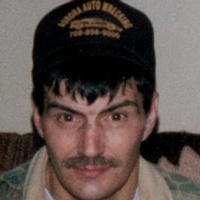 Edward (Eddie) Lee Howard, 64 of Aurora, IL passed away on September 11, 2018 at the Ottawa Pavilion Nursing Home. He was born in Owensboro Kentucky on November 10, 1953 to Sherman and Lucille (Speed) Howard.

He loved life, he enjoyed hanging out with his family and friends, meeting people, and riding his bike all over.

He is preceded in death by his parents, Sherman L. Howard, Lucille Speed Carlson, and his step- dad Donald Carlson, and sister Linda D. Howard.

He will be greatly missed.

To order memorial trees or send flowers to the family in memory of Edward " Eddie" Lee Howard, please visit our flower store.