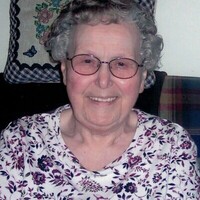 Dorothy “Jean” Maier, 97, of Plano, IL passed away on May 19, 2021. Dorothy was born in Plano, IL on February 24, 1924 to Glenn and Helen (Ford) Wright. Dorothy met her husband, Donald, at the Plano theater. He was selling popcorn. She and Don were married on October 12th1940 in Davenport, IA celebrating 63 years of marriage. She worked at James Knights and then went on to be the Plano Police Dispatcher. She was one of the first 4 original dispatchers. Don and Jean had lived in Wisconsin for 13 years which Jean called “God’s country”, during that time age of 60 Jean had graduated and received her GED from the State of Wisconsin.  She was a member of the First Baptist Church of Plano and was a member of the Plano American Legion Auxiliary. Every morning she would pray for every family member and friends.

In lieu of flowers, memorials may be directed to the First Baptist Church of Plano.

Visitation will be held on Friday, May 28, 2021 from 10:00 A.M. – 12:00 P.M. at Beverage Family Funeral Home, 104 Terry Street Sandwich, IL 60548. Funeral service will begin at 12:00 P.M. with burial to follow out to Little Rock Township Cemetery in Plano, IL. Funeral arrangements were entrusted to Beverage Family Funeral Home. Online condolences may be made at www.beveragefamilyfh.com

To order memorial trees or send flowers to the family in memory of Dorothy "Jean" Maier, please visit our flower store.