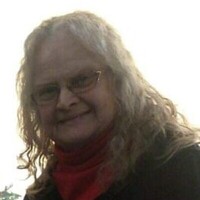 Donna Jean Grommes (nee) Kline, 73 of Plano passed away at her home on January 31, 2022. She was born in Aurora, IL on September 27th, 1948 to the former Charles and Bunnie (Lawson) Kline of Batavia. She graduated from Batavia High School class of 1966. She married her childhood sweetheart, Gerald (Jerry) Grommes, on December 28th, 1969. They met at Kane County 4-H Club at the age of 10. Donna held various jobs throughout her lifetime. Her most memorable were that of a pathologist's assistant, a nurse's aide in the local nursing home, and her favorite, taking care of her grandchildren in their early years. She was an animal lover and rescued numerous dogs and cats throughout her years. She enjoyed spoiling her family, especially her grandchildren and her various pets. Later in life, she enjoyed spending time at home and at the family farm in Apple River with her husband, Jerry.  She was very proud of her husband and family and loved to brag about their accomplishments to whoever would listen. She had a kind heart and a generous spirit and will be missed dearly.

She is survived by her husband, Jerry, of Plano; Her children, Andy (Kathy) Grommes of Somonauk, Amy Serby of Leland; Her grandchildren; Anna (Ben) Yeager of Urbana, Matthew Grommes of Somonauk, Lucas and Curtis Serby of Leland; Mother-in-Law, Mary Grommes of North Aurora; Her dog, Chip and cats, Rhoda & Halo; Her Uncle Bob & Aunt Marge Lawson of Ann Arbor, MI; Aunt Mavis Lawson of Spokane, WA; And many cousins, nieces and nephews.

There will be visitation only on Sunday, February 6th, 2022 from 2 pm to 5 pm at Beverage Family Funeral Home, 104 Terry Street, Sandwich, IL 60548. Services will be private and at a later date. In lieu of flowers, memorials may be directed to Fox Valley Community Services, Open Door of Sandwich or to the Franklin Mall Lion's Club Project. Funeral arrangements were entrusted to Beverage Family Funeral Home. Online condolences may be made at www.beveragefamilyfh.com

To order memorial trees or send flowers to the family in memory of Donna Jean Grommes, please visit our flower store.