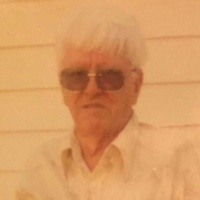 Donald Allen Barr, 84 of Sandwich, IL. passed at Valley West Hospital on March 30, 2018. He was born on July 17, 1933 to Donald and Grace Barr in Ogdensburg, New York. He was a truck driver for many years, and then worked at Impact Die until his retirement. He is survived by his 6 daughters; Chris (Steve) Zaffuto of New York; Grace (Greg) Rousse of Arizona; Debbie (Scott) Richards of Sandwich, IL; Patty (Jeff) Fernandez of New York Kim (Randy) Boggs of North Carolina and Angela Anderson of Arizona, 17 grandchildren, 15 great grandchildren, and 4 ½ great great grandchildren, his nieces and nephews and many “big fish” that got away. Family would to mention Special friends Bill Kolb, Gary Barr and Mickey for being so kind and good to him. He was preceded in death by his parents Donald and Grace and his brothers Lenard and Erwin Barr. Visitation for Donald will be on April 5, 2018 at the Beverage Family Funeral Home from 4:00- 7:00 p.m. Funeral service will be on April 6, 2017 at 11:00 at the Funeral Home with Pastor Steve Mindrup officiating. Burial to follow at Oak Mound Cemetery in Somonauk, IL. Arrangements were handled by Beverage Family Funeral Home www.beveragefamilyfh.com
To order memorial trees or send flowers to the family in memory of Donald Allen Barr, please visit our flower store.