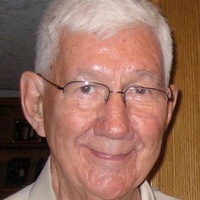 Dennis James Francis Sr., 88, passed away on March 4, 2019 at Kahl Home in Davenport, IA. Dennis is formerly from Bartlett, IL. He was born April 22, 1930 in Chicago, IL to Thomas and Kathleen (Cowley) Francis.

Dennis grew up in Sandwich, IL where he graduated from high school in 1948. He entered the US Army in 1950 and was honorably discharged. Following the service, he graduated from the Freight Traffic Institute of Chicago and began working for the Burlington Northern RR where he met and married Blossom Karlovsky on February 14th, 1953. They went on to raise their 3 children, Sandra, Dennis Jr, and Paul and remained married until Blossom's death in 1996. During this time, he was very active in the American Legion and AMVETS where he was served as commander for both. An avid Bulls and Bears fan, he enjoyed all types of sports.

In 1957 he began his long career with the Quaker Oats company and in 1992 he retired from Quaker as Customer Service Manager after 35 years of service. In retirement he traveled abroad and split his time between the Chicago area and Spring Hill, Florida. In 2015 he moved to Iowa to be near his son Dennis.

To order memorial trees or send flowers to the family in memory of Dennis James Francis, please visit our flower store.